At 6am on Sunday the 11th of October, 24 French students and their two teachers left for Dublin Airport after an action packed ten days in Carnew. It was heart-warming to see the friendships that had been forged over those ten short days with much hugging, kissing and some tears as the students bid each other farewell; for now. The Irish contingent will travel to Château-Gontier in early 2016.

The French students arrived in Carnew on October 2nd and spent the first weekend with their host families. Students were brought to football and hurling matches, went horse riding and were introduced to grandparents the length of Wicklow and Wexford.

Monday saw the French students and their teachers embark on their first day trip. They visited the Dunbrody ship in New Ross followed by a walking tour of Wexford. The weather was mixed but 24 happy but tired students returned on Monday evening to their host families.

Tuesday was an action packed day which took in the National Gallery of Ireland, Grafton Street and Croke Park. Upon their return to school, students were treated to an evening of traditional Irish music by the Trad Group and some delicious pizza from the school canteen. It was a long but extremely enjoyable day.

Wednesday and Thursday saw the students attend classes in school with their host students. The teaching staff of CB was extremely welcoming and French students were given the opportunity actively participate in classes. Some students helped conduct science experiments, got hands on in practical classes and took part in PE classes.

The last trip of the week took place on Friday. Described as the highlight of the week, both Irish and French students climbed the “Spink” loop in Glendalough. It was a challenging climb to the top, but the breathtaking views in the beautiful October sunshine made it all worthwhile. The French students spent their final Saturday with their families before departing on Sunday morning, tired but smiling.

Both students and teachers alike agreed that it was the most successful visit yet and we look forward to the Irish expedition in early 2016. 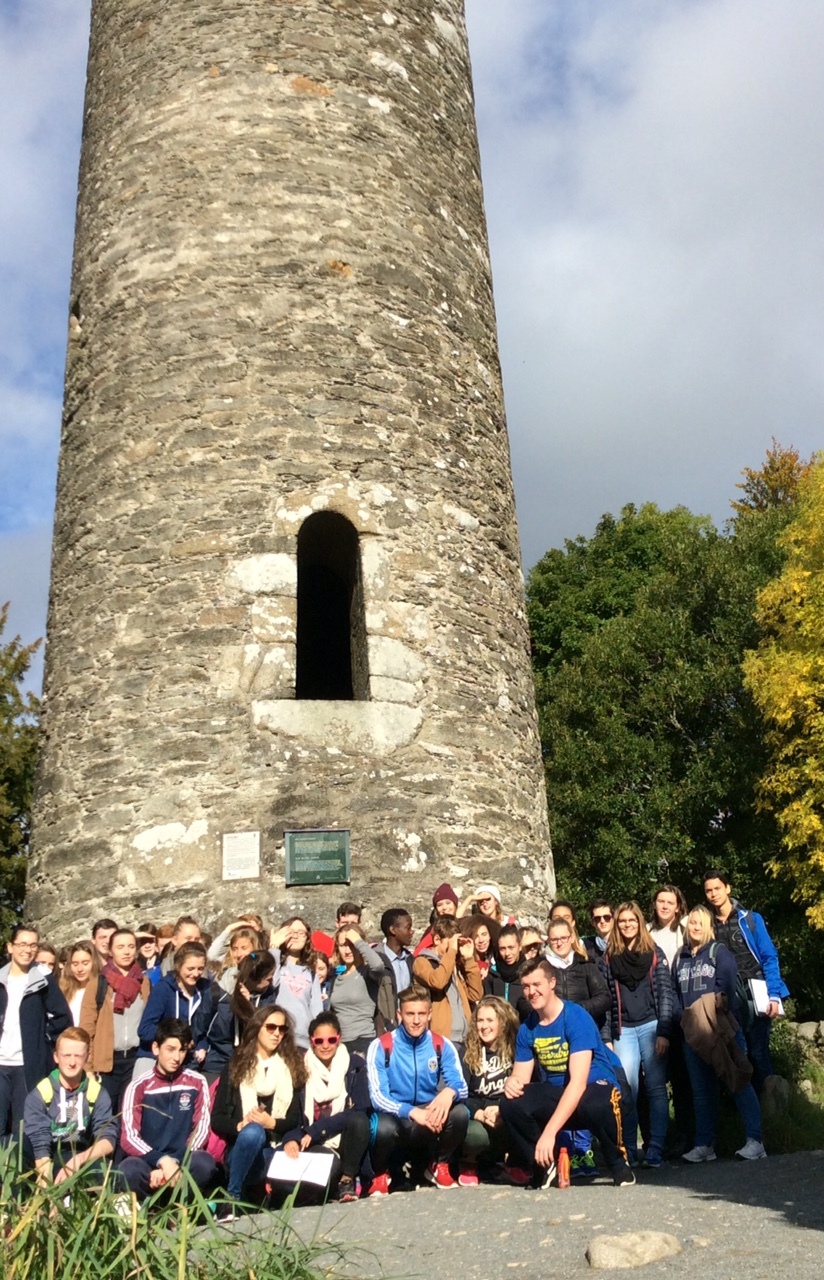